Dredge mining operations to extract gold, silver, and other precious metals, would virtually destroy entire mountain valleys. Dredge mining operations devastated the Blue River Valley early in the 20th century, and left the Blue River with little aesthetic appeal or ecological value.  In the 1990s, recognizing the River’s potential as a recreational and civic amenity, the Town of Breckenridge engaged Wenk Associates to rehabilitate the channel's ecological function and create a major community gathering place and riverwalk at its edge.

The primary purpose of the project was to transform the former dredge-rock river channel into a naturalized greenbelt through the heart of Town in keeping with the Town’s three primary goals:
1)  Restore and reconstruct the Blue River and its banks.
2)  Develop the River Walk Center, an events facility and summer venue for the fine arts.
3)  Continue use of the corridor for emergency access, utilities, and services for local businesses.

Historic hydraulic mining limited the possibility that the Valley could restore itself by removing all fine soil particles and leaving mounds of cobbles that never re-vegetated naturally after mining ceased years before.  To reestablish a viable soil horizon and constant water level, a polyethylene liner was placed 45 feet below the new channel bottom to maintain a constant, year-round river flow.  That reestablishment of the water table allowed successful reintroduction of native plant and aquatic communities and the former dredge rock river channel was transformed into a naturalized greenbelt.

The town’s mining history is reflected in the basic vocabulary of the site elements and materials; extensive interpretation of the town's history was incorporated into a new visitor center, located at the edge of the town square.

Over twenty years later, the Blue River Walkway project was not only successful in restoring the mined-out river, but the river, village green, performing arts center, and central Town Square that was created as part of the project have become the iconic center for civic activity in the historic downtown.

“The Riverwalk has become the transformative element in our historic downtown. It creates a synergy with the shopping district and defines the character of the special place that downtown has become.” 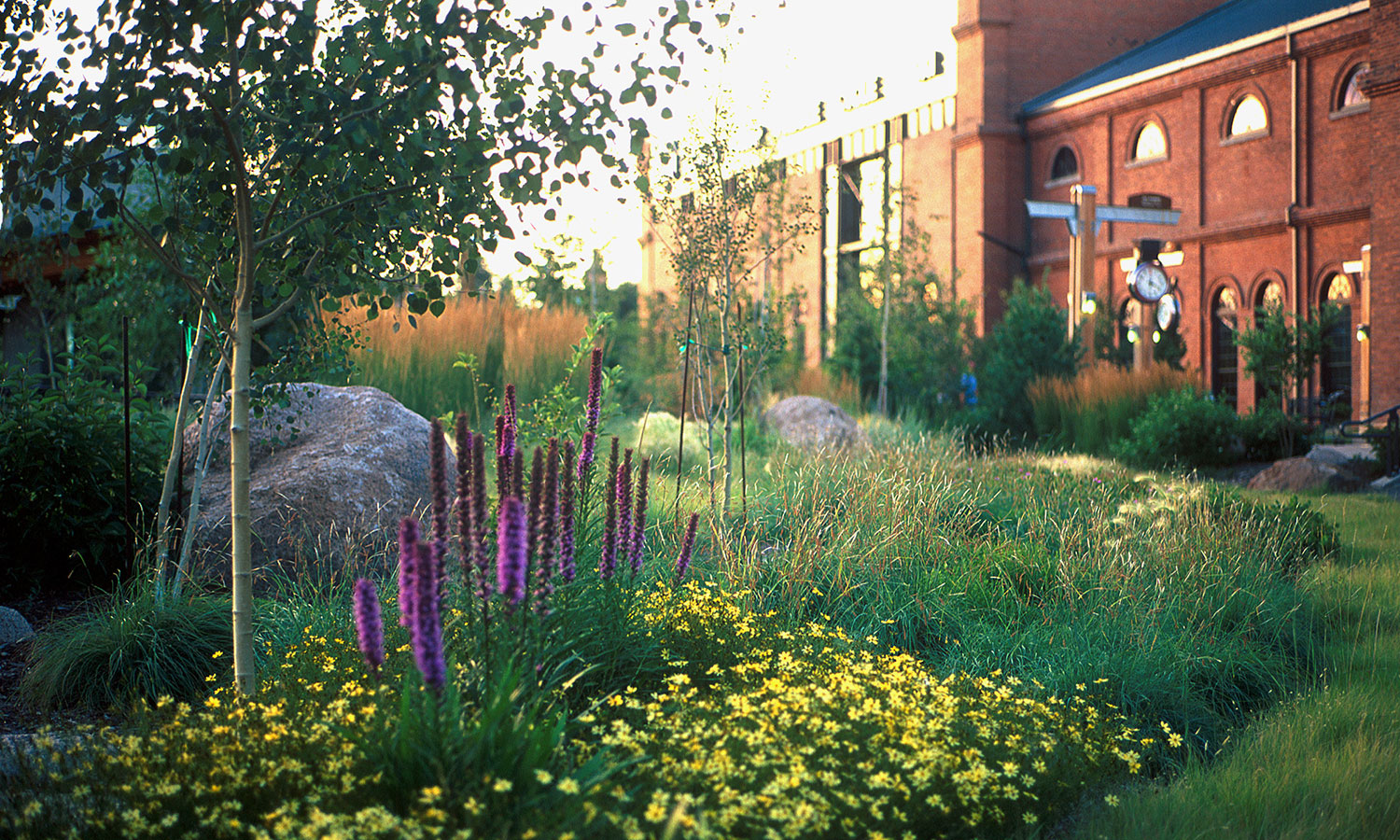 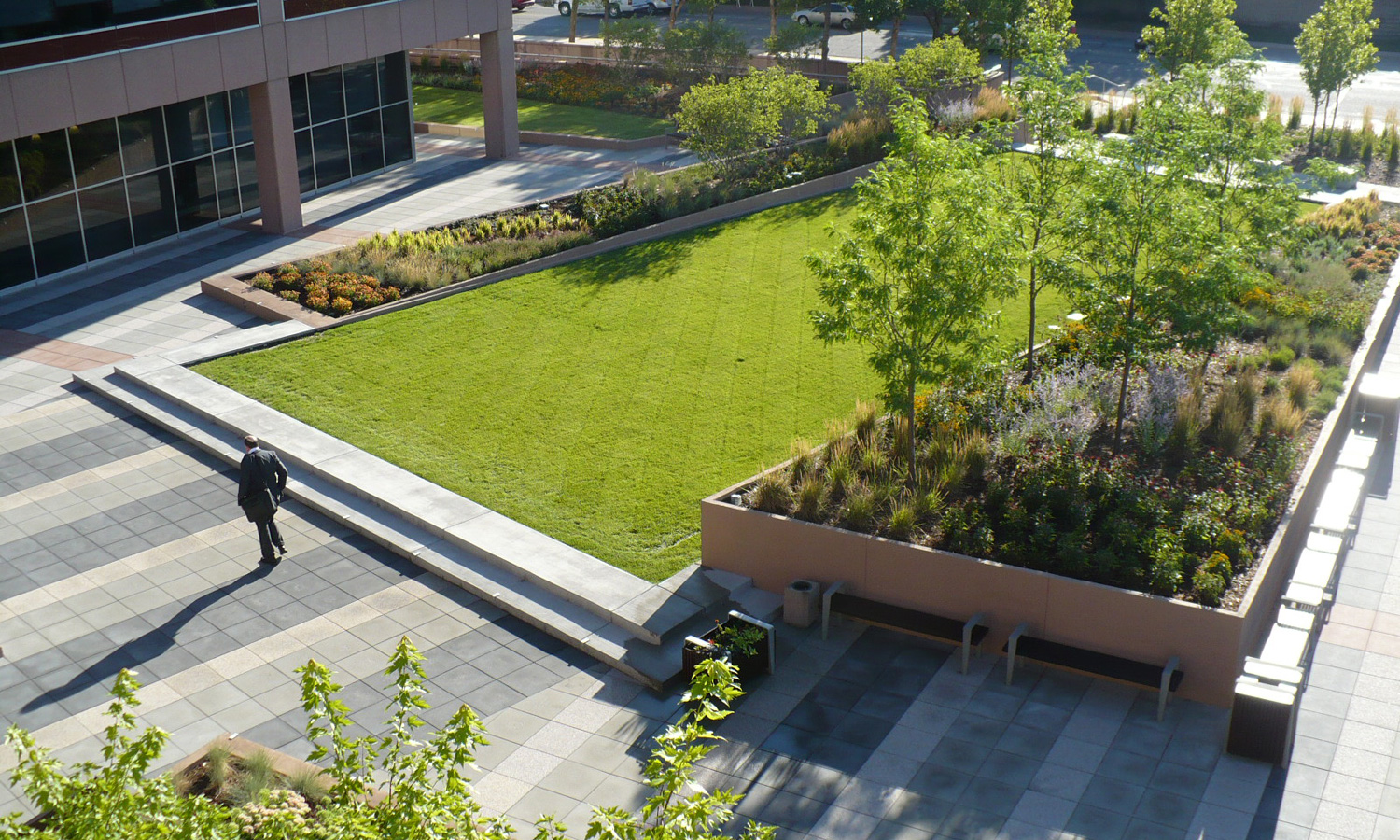 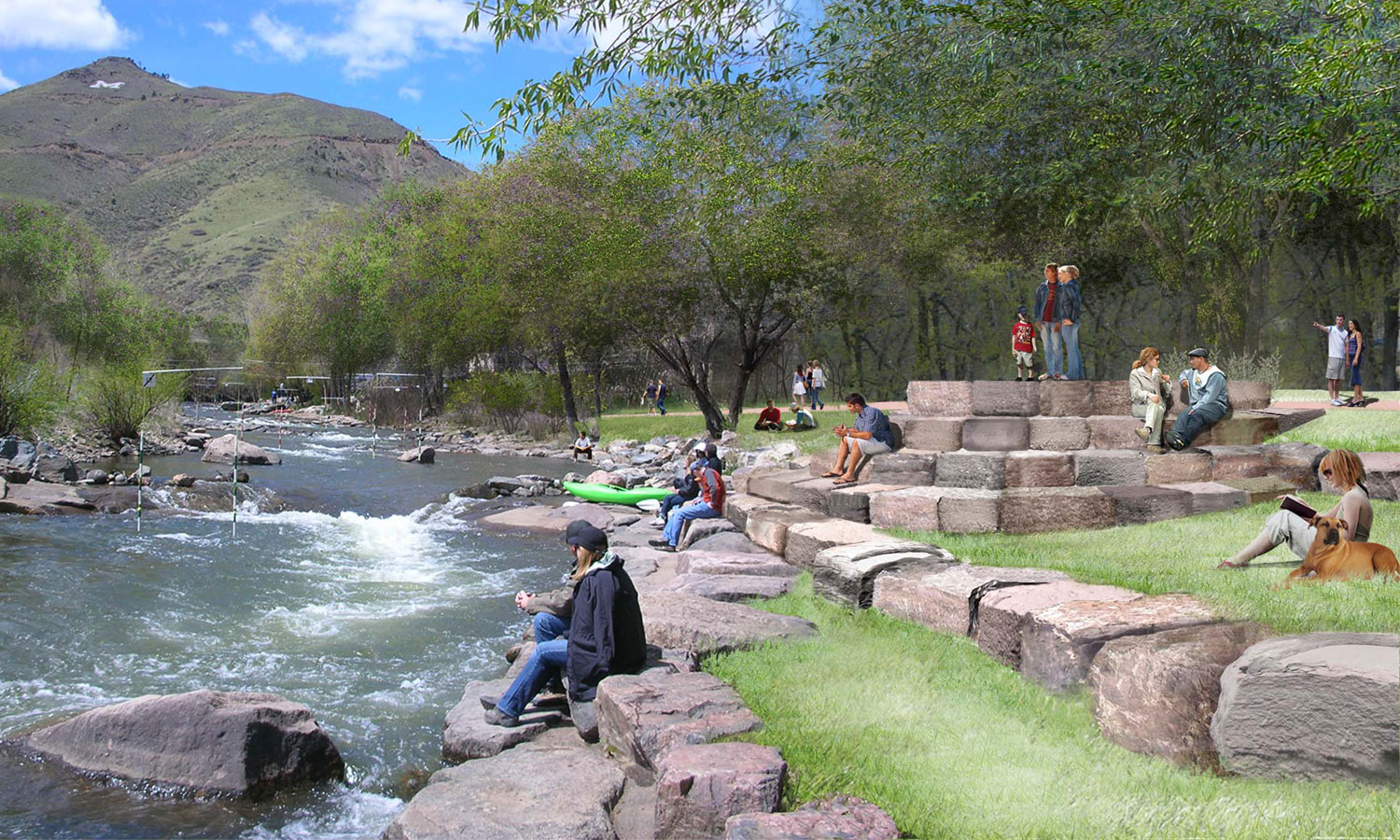